Once again I've been fortunate to be nominated for ACM Medium Market Personality Of The Year (an award that I won in 2010). Last year I was nominated and subsequently won the CMA's same award.

Here's a picture from when I won the ACM in 2010. Miranda Lambert presented the radio awards the night before the telecast. 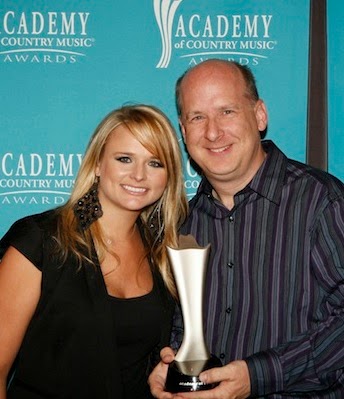 This year's awards are the 50th anniversary, and they'll be held in Dallas, Texas, in April. Read the complete list of radio nominations here. The rest of the nominations will be announced tomorrow.
Posted by Buzz Jackson at 2:41 PM