(this post will be updated throughout the day with additional information and science!)

Today we are answering the question: can you fry an egg on the pavement in summer in Tucson.

Preface: To cook an egg you need a minimum of 158-degrees. With the laser thermometer, we've seen the asphalt temperature as high as 166-degrees. I hope that with the glass lid, we'll be able to create an even hotter space.

Update: we placed the glass lid outside for about ten minutes, then measured the temperature different between the space under the glass, and the space NEXT TO the glass. The pavement under the glass was about three degrees hotter than the uncovered pavement.

1) preheat the ground. It's already pretty hot, but we know that the egg will cool the ground a little, so to start with the most heat possible, we've got the glass sitting on the pavement, hopefully heating the pavement enough that when the egg hits it, it won't cool below 158-degrees. Preheating took approximately 45 minutes. 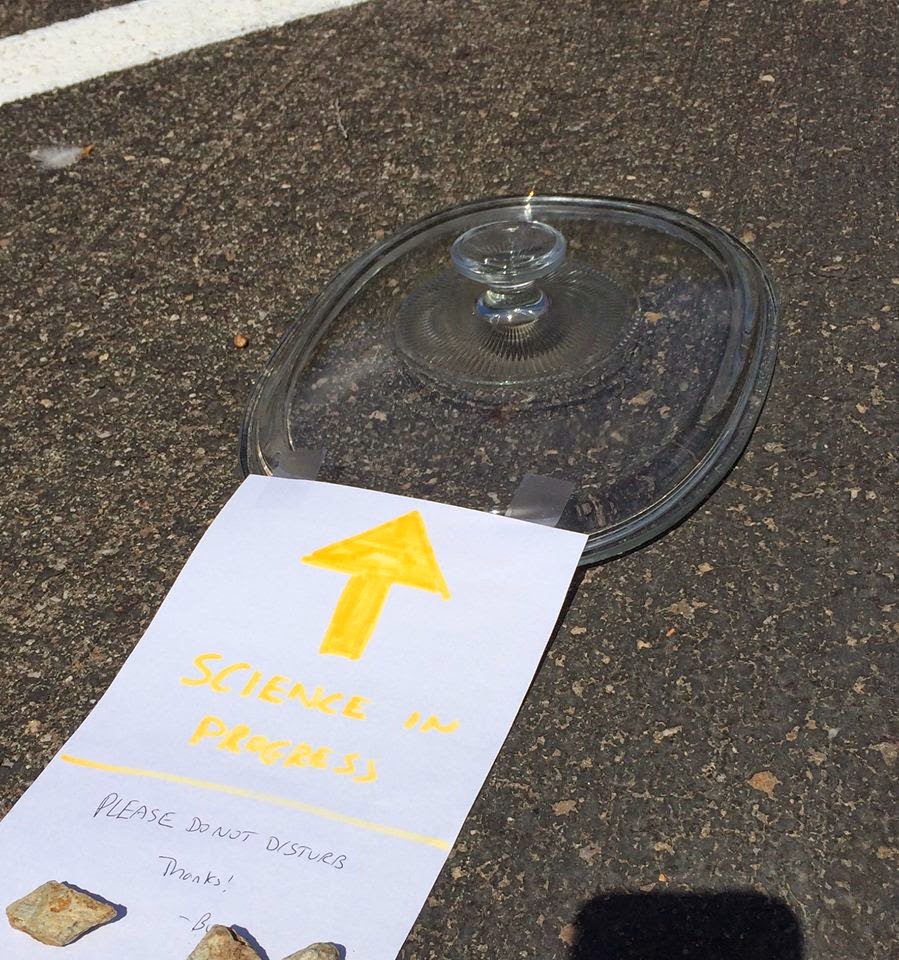 2) preheat the egg. The egg also sat outside for about 45 minutes, so it wouldn't cool off the pavement very much at the start of the experiment.

Had a small problem cracking the egg. But here's what it looked like:

Cooking an egg on the sidewalk:

After about 40 minutes, here's what it looks like. The temperature of the egg is about 149, which is a little lower than it should be to cook: 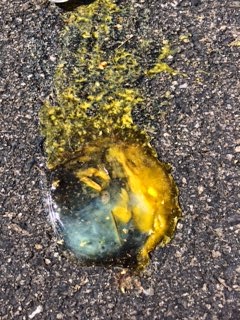 It's been 90 minutes now - how's it look (below)? After 5:00 it will start to cool off a little outside and that part of the parking lot might be in the shade, so maybe we'll let it go until 5:20 and decide if it was successful: 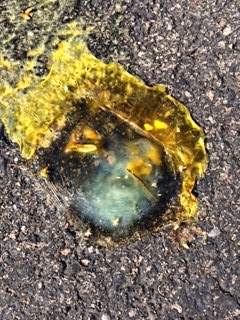 Final pic (below). After about two hours, we are running out of sun. The egg temp is about 140, not hot enough to keep going. But I think, given enough time, you could actually cook an egg on the pavement in summer in Tucson: 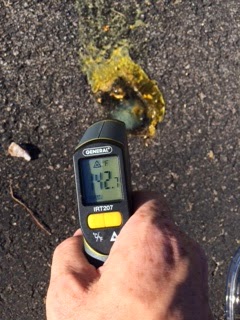